Honour Based Abuse (often referred to as Honour Based Violence) is defined as any crime or incident, which has or may have been committed to protect or defend the honour of a family and/or community.

Crimes can include harassment, assault, false imprisonment,  threats to kill, rape and murder. There's no ‘honour’ in murder or abuse of an individual’s human rights.

Honour Based Abuse can be distinguished from domestic abuse and other forms of violence as it is committed with some degree of approval and/or collusion from family and/or community members, in response to perceived immoral/shameful behaviour, which is deemed to have breached the honour code of the family or community. It may also be linked to misconceptions about culture and/or religious belief.

Honour Based Abuse cuts across a number of cultures and communities, for example, Turkish, Kurdish, Afghani, South Asian, African, Middle Eastern, South & Eastern European and the traveller community. Where a culture is heavily male dominated and honour is a factor, Honour Based Abuse can exist.

Too often forced marriage is mistakenly understood to be, or linked to, arranged marriage.

In arranged marriages the families of both spouses take a leading role in arranging the marriage, but the choice whether to accept the arrangement remains with the individuals.

In forced marriage at least one party does not consent to the marriage and some element of duress is involved. Duress can be physical, or extreme emotional/psychological pressure.

Forced marriage is primarily an issue of violence against women. Most cases involve young women and girls aged between 13 and 30 years, although there is evidence to suggest that as many as 15 per cent of victims are male.

Many women forced into a marriage can suffer for many years from domestic abuse. Those who have escaped a forced marriage often live in fear of their own families who will go to great lengths to locate them and ensure their return.

The majority of cases of forced marriage encountered in the UK involve South Asian families. However, despite appearances, this is not solely an “Asian” problem and cuts across many different cultures . Most incidents of forced marriage in Hertfordshire have involved Bangladeshi and Pakistani women around the age of 16 years.

The issue of forced marriage should not be used to stigmatise any community. Some forced marriages take place in the UK with no overseas element while others involve a partner coming from overseas or a British Citizen being sent abroad.

There is no basis in any religion, but often misconceived notions of religion and culture are present in forced marriage and cases of violence related to honour.

The World Health Organisation defines Female Genital Mutilation as “all procedures that involve partial or total removal of the external female genitalia, or other injury to the female genital organs for non-medical reasons.”

There are no health benefits to the procedures which can cause severe bleeding and problems urinating, and later, potential childbirth complications and newborn deaths.

Karma Nirvana – a national organisation which provides a helpline and support for victims of honour based abuse/forced marriage.

Freedom Charity – a national charity who work with partner agencies and young people (including schools) to raise awareness and prevent ‘Dishonour’ abuse and Female Genital Mutilation.

Honour Based Violence and Abuse Forced Marriage and Female Genital Mutilation: Shaping Services for Priority Victims and Hertfordshire - A report by the University of Roehampton and and the University of Essex. 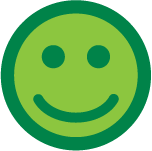 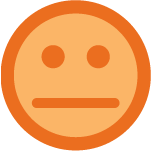 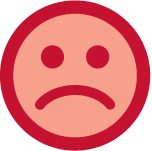